I'm trying to wrap my mind around David Wilcock's most prominent insider Corey Goode. Who David and GaiamTV has created a multiseason show around called 'Cosmic Disclosure'. And who now is becoming a regular on the new age conference circuit.

After listening to this guy talk no more than 30 seconds, your bullshit detector should go off. His story reminds be of a bad science fiction story written by someone in 9th grade. If you listen to his accounts of what happened to him or read his writings on his experiences with the secret space program, to me at least, it seems easy to tell its purely a fictional account, but not only that, it's written in a way that someone is 'making it up' and not from first hand experience. So it's not even believable.

That leads me to the question.... David seems like he is an intelligent guy. Can he really be this gullible to start promoting and vouching for this guy 24/7? I would not be surprised that David is somewhat gullible based on all the erroneous 'insider' testimony he has presented over the years. But with Corey Goode it just takes it over the top for me. Either David is intentionally deceiving people to make a buck or he really is this dumb. However I would think if David's intent was to deceive in order to make a buck he would have picked someone with a much much more believable story than Corey's story. Corey's story is outright laughable at best.
Top

It was through David, that I originally came here. With that said, a day or two ago, was the first time I've visited his site in quite some time. If you notice; David is always on the "front edge" of the stuff you would only know if you're a pretty determined researcher. Seems to me he "fills a role he's been asked to fill."

With that said, and with me not having gone deep into the story of the "new guy;" the "missing time" scenario has been promoted pretty heavily on the "front edge" for a number of years....as part of the "super soldier" scenario, amongst other things....
Top

I'm also here via dw.
My 1st guess is 70-80% got here from him.
What say you boys & girls ? idk if there is already a poll that asks this ;
Question- Are here at hugs or AQ via D Wilcock?
Top

I got here through David. For anyone that's relatively new and are looking at this with any interest, there is previous discussion about Corey Goode.. viewtopic.php?f=6&t=834
"Living is not necessary, but navigation is." --Pompey
"Navigation is necessary in order to live." --Me
Top

joeyv23 wrote: ↑
Sun May 14, 2017 8:39 pm
I got here through David. For anyone that's relatively new and are looking at this with any interest, there is previous discussion about Corey Goode.. viewtopic.php?f=6&t=834

Me too. Had already forgot about that discussion and it happened almost 2 years ago even, I did read the whole thread at that time though. I read almost everything new threads that strike my interest. I stopped visiting divinecosmos years ago, had better info from here and AQ forum, when I joined in.

Isn't it only natural for people to look for purest water directly from the source? Same goes for information also.
Top

Check out this recent interview of Bill Ryan by dark journalist... Bill really puts out some deep and difficult details that need years of context to sort out...

Below is part 1...part 2 will be needed for the full story to complete the interview and ....

doesn't bode well for DW as to why he has apparently thrown all caution to the wind by teaming up with the bad guy who so happens just have the last name of good. Lol, pun intended.
Top

I have heard rumors about a psyop... Project Wilcock-It-Up.

I've tried to get in touch with David a few times; he will exchange an email or two, then goes silent. In my personal opinion, the "truth" just doesn't have enough entertainment value to keep him going on the TV and conferences. You've seen what we discuss here--all religions refer to the same set of gods, history is a LOT simpler than we think it is, man has yet to GET into space... compare that to Blue Sphere Alliances (think "Project Blue Beam") and avian aliens and all sorts of cool, Taelon technology... replicators in every house, free ascension cards... as Dewey Larson said, "Complexity is entertaining, simplicity is not."
Power out? Let's see if many hands can make the lights work.
Facebook: daniel.phoenixiii
Top

There has been a lot of discussion lately on internet radio and YouTube regarding the fiasco of Corey Goode trying to trademark things like the Blue Avians, Blue Sphere Alliance, SSP, Secret Space Program... even has lawyers going after people. I guess what most people don't realize is that you can only trademark a fiction (like Harry Potter).

I was watching The Corey Goode SSP Fiasco and there was a chat reply running with it... got a chuckle out of all the reference to "blue chickens."

The guy claims to have been on Mars for 20 years and is trying to get blue chickens to Earth while trademarking it all... well, that can only mean one thing:
.

Power out? Let's see if many hands can make the lights work.
Facebook: daniel.phoenixiii
Top

What a fool, we've already got blue chickens on Earth! 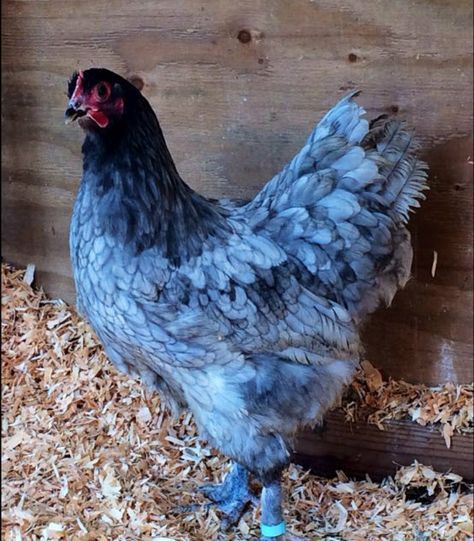 Blue Langshan Hen
http://www.urbanchickenpodcast.com/ucp-episode-047/
Jones: [looks at Sallah] You said their headpiece only had markings on one side, are you absolutely sure? [Sallah nods] Belloq's staff is too long.
Jones and Sallah: They're digging in the wrong place!
Top

In rapport we thrive, in rivalry we strive.
Top
Post Reply
17 posts